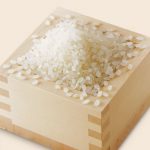 At least one list of the hottest food trends for 2017 featured the traditional Japanese ingredient koji. Even if you think you’ve not tried it, you probably have, as it is essential to the production of authentic soy sauce, sake and miso paste. But what it is? And what makes it so special?

The production of many fermented products in Japan begins with kojikin, which

is a mould with the latin name Aspergillus oryzae. This can be introduced to steamed rice, soya beans or barley to produce the fermentation starter that is known as koji.

It is the fermentation process kicked off by koji that leads to the distinctive umami-rich flavours of condiments such as shoyu or tamari soy sauces and miso paste. It is also critical to the production of sake. In its pure form, however, it’s not really an ingredient that’s

suitable for home cooking.
It’s for this reason that shio koji, where the rice starter is mixed with salt to create a ready-to-use condiment, has become popular in Japan in recent years. It can be used to marinate meat or fish before cooking, in pickling vegetables or added to soups and stews. It’s a great way to get some culture in your life in 2017!