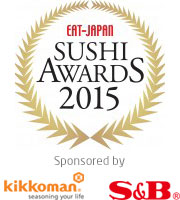 The Eat-Japan Sushi Awards 2015 were a hotly contested battle to see which sushi chef would win the coveted title of “Sushi of the Year”! This extraordinary event saw master sushi chefs from some of the UK’s top-ranked sushi houses gather once again in London to create dazzling displays of delectable art and stake reputations on original masterpieces, each created especially for the Awards.

A twist on the traditionally-judged event system, the winner of the “Sushi of the Year” title was decided not by a panel of culinary heavyweights but by Sushi Award visitors themselves! Thus, they not only witnessed sushi created in front of their eyes, but tasted each entry and voted for their favourite. Consider it London’s largest act of “foodemocracy”. 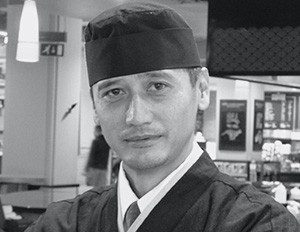 Henryanto Aloysius has an advanced sushi certificate awarded by the All Japan Sushi Association. This led him to join Genji where in 2008 he was promoted to sushi training manager and moved to the United Kingdom, passing on his knowledge and skills to up-and-coming Genji chefs. Henry is now the District Manager for Genji Sushi Limited (UK).

Genji started as a smalltown sushi restaurant in the US and has been serving Kensington diners for over 7 years. They use only natural and healthy ingredients. Their Shabu-Shabu counter is especially popular. 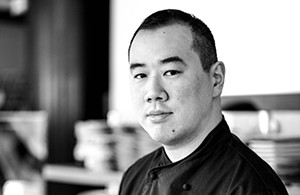 Originally from Japan, and having lived in Paris until he was 18, Gohei more or less grew up in his mother’s Japanese restaurant,Tagawa. Intrigued by his heritage, Gohei decided to return to Japan to learn about Japanese food and the art of sushi. He quickly found a position in Kappou Nakajima, a Michelin starred restaurant where he remained for 5 years. 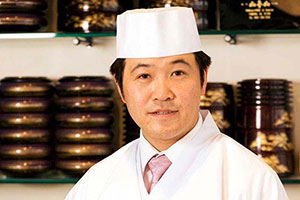 After graduating from culinary school, Tomokazu Matsuya travelled all over the world whilst serving as a chef in Japan’s Self Defence Forces. After 13 years of service he came to the UK, where he became Head Sushi Chef at So Restaurant. He is now a sushi cooking instructor at Sozai Cooking School, where he trains students to become professional sushi chefs.

Sozai is the first cooking school in the UK dedicated to authentic Japanese food. It offers a wide variety of classes covering dishes like multi-course kaiseki, vegan shojin, as well as ramen noodles and okonomiyaki.

Mashed potato, Shio-koji (Koji that has been fermented in salt) and sushi rice cooked with coconut. With sprinkled coconut powder and gorgonzola source. 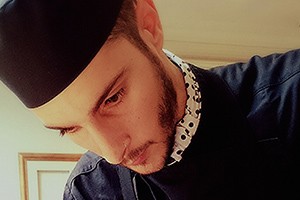 Yashin Ocean House for two years. Upon entering culinary school, he grew fascinated by the many kinds of fish and the myriad ways to prepare them. After moving to London, he began his training in Japanese cooking under the tutelage of Yashin Ocean House.

Yashin Ocean House in South Kensington is a Japanese restaurant with a modern twist, a unique approach and a Head to Tail dining concept. The menu’s intriguing synthesis of Japanese concepts with modern European styles aims to surprise and delight fans of Japanese cuisine. 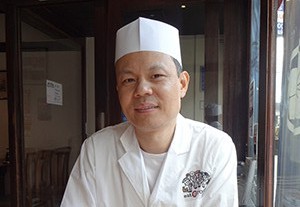 Shengjian Lin became a sushi chef in 1992. He worked for restaurants such as Irohanihoheto, and Izakaya Nippon in Osaka and was head chef at Beniha. He has been working at eat TOKYO since 2010.

The eat TOKYO Group has 6 branches across London. Drawing on over 40 years’ experience in the catering trade in Tokyo, the Group offers a wide range of authentic Japanese dishes including freshly prepared sushi, bento boxes, and anizakaya menu. They are committed to defying the stereotype that quality Japanese food has to be pricey.

The first choice of Japanese chefs and households, KIKKOMAN Soy Sauce is the most distinctive variety of all. It is naturally brewed, using just four ingredients and no artificial additives. The careful fermentation process is what makes it so rich in natural umami, and its smooth mellow flavour distinguishes it from alternative products.

The first choice of Japanese chefs and households, KIKKOMAN Soy Sauce is the most distinctive variety of all. It is naturally brewed, using just four ingredients and no artificial additives. The careful fermentation process is what makes it so rich in natural umami, and its smooth mellow flavour distinguishes it from alternative products.